Thornell Moore: The Right Support Makes Change Possible
Thornell Moore readily admits that he didn’t always have the best disposition when it came to working with DDS/RSA. He had been connected with similar organizations across the DMV for years, but often felt like he wasn’t being heard and that staff just dismissed him. At one point, his anger and disruptive behavior caused him to be escorted out of DDS/RSA. Then he met VR Counselor Alecia Trunk, and things changed. See more . . .

Alex:  There’s No Time to Waste
Alex loves horses. For a while he would go to the Rock Creek Horse Stables just to ride, then he began feeding and brushing the animals. Recognizing his dedication and particular fondness of a mare name Cei Cei, the team at St. John's Community Services turned Alex's hobby into a job. He works four hours a day, five days a week, taking meticulous care of the horses. He stresses that his job is very important to the health and behavior of the animals. One stable caretaker commented that "Alex is the best". Prone to seizures, Alex wears a unique watch to keep him safe.  See more. . .

Alice Aguehounde: Having a Good Job is Empowering
Alice left a stable position as an executive assistant with a bank in Ivory Coast, West Africa to help her husband who was severely injured while in the U.S. pursuing advanced studies. She arrived in D.C. with her young son and was able to get a job as a bi-lingual executive assistant at the African Embassy; she also gained U.S. citizenship. Later, several rounds of chemotherapy helped Alice beat breast cancer, but the treatment affected her health in other ways.  As a result, she wasn’t able to maintain a job. She found the support she needed to regain her confidence and prepare for a successful return to the workforce when she came to DDS. See more . . .

Courtney Bowman: Embrace Your Disability
After earning a bachelor's degree in criminal justice from St. Augustine’s University in North Carolina, Courtney came back home to D.C. hoping to find a job. Frustrated by the job search process, she reconnected with her VR counselor for additional support and guidance. Many applications later, Courtney was selected for a pilot program: the Aspiring Professionals, a six-month paid internship that gave people with disabilities opportunities to work in professional level positions with various District agencies. Learn more… 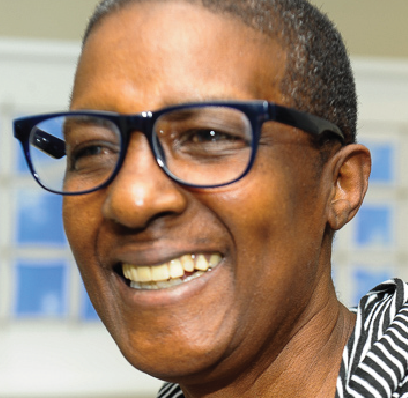 Deborah Gaither-Phillips:  You Can Get a Better Life
It was her grandmother who insisted that Deborah learn how to navigate the city and live on her own.  Deborah resided at Forest Haven, the District’s former institution for people with intellectual and developmental disabilities until she was 17 years old.  But after just one year of living with her grandmother, she emerged as a strong advocate for herself and an expert at maneuvering the streets of DC with relative ease.  See more . . .